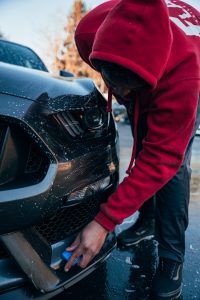 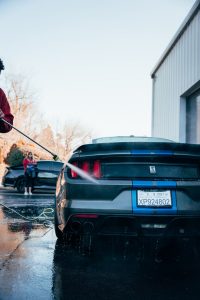 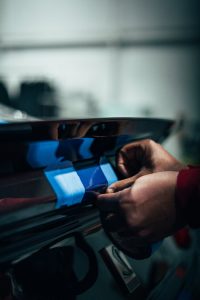 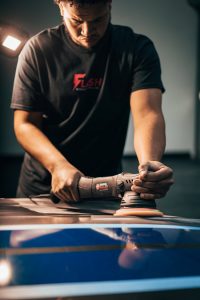 The Ford Mustang Shelby GT350 is a powerful, high-strung muscle car designed to rock race tracks while still being at home on the street. Its special 5.2-liter V-8—code-named Voodoo, with good reason—makes 526 horsepower and revs to a dizzying 8250 rpm with an unforgettable shriek that sounds more Ferrari than Ford. The GT350’s suspension is tuned tautly enough to handle cornering at race-track speeds without being bone-jarring on the street, and it has brakes to match.

Rock ‘n’ roll ain’t noise pollution. Neither is the ungodly roar from Ford’s raucous, high-revving 526-hp V-8, code-named Voodoo. Like learning how to be a snake charmer, taming the wild engine takes time and tenacity. Its natural aspiration and peaky nature make it docile at low revs. Crest 4000 rpm, however, and a thrust-filled crescendo builds until the 8250-rpm redline. Likewise, the six-speed shifter slots precisely into each gear and rewards ratcheting through the ratios. The buoyant clutch is effortless, with fluid feedback that doesn’t punish your left leg in stop-and-go traffic. In our testing, the GT350 shot from zero to 60 mph in 4.2 seconds; the R version was a tad quicker at 3.9. 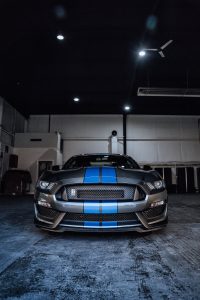 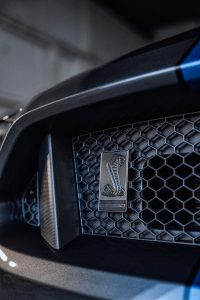 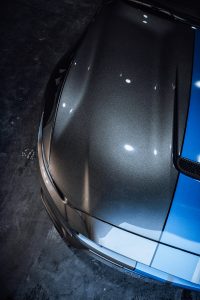 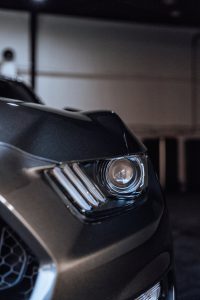 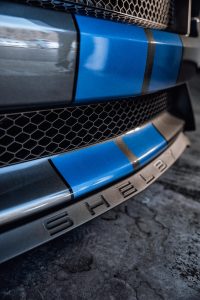 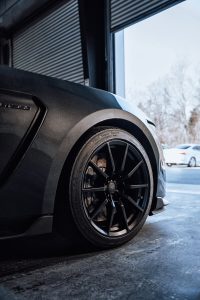 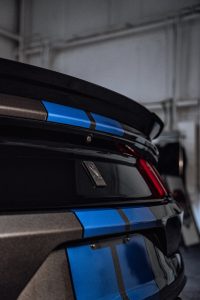 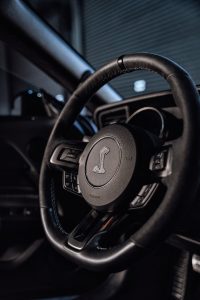 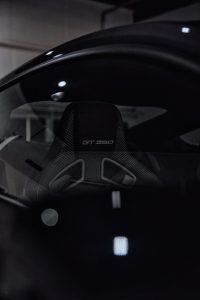 This GT350 that we had the pleasure of detailing, received a full Ceramic Package. We do a decontamination wash, then a full paint correction. Paint correction is the process of leveling (removing) imperfections in the surface of the paint. This can include a variety of issues and causes like water spots, paint overspray, wash scratches, wipe down marks, bird dropping surface stains, oxidation, and buffer holograms. After this we Ceramic Coat the vehicle and allow it to cure. This adds a protective layer over your clear coat allowing it to last longer with easier cleaning.