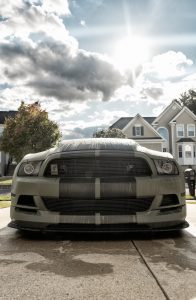 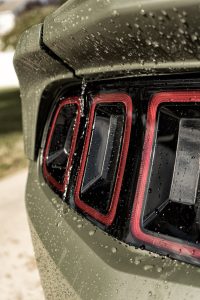 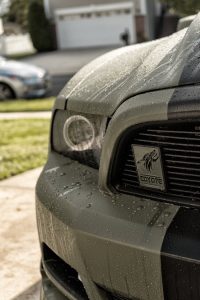 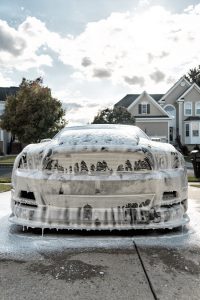 The original Mustang debuted on April 17, 1964, although Ford called it an ”early 1965” model. (Many call it a “1964 ½” model.) When the redesigned Mustang comes out next year as a 2015 model, Ford will officially celebrate the car’s 50th anniversary—although the 2014 Mustang is actually the 50th-anniversary model because of its early 1964 introduction.

Buyers could get the first Mustang with a hot 289-cubic-inch V-8 with 271 horsepower, although most opted for lower-horsepower V-8s or six-cylinder engines. The 2014 GT V-8 is about the same size as the first Mustang’s V-8 but generates 420 horsepower and 390 pound-feet of neck-snapping torque.

The 0-60 mph time of the 2014 model is about 4.5 seconds with the high-revving, docile engine. The quick steering is selectable with three settings to allow a driver to choose steering effort depending on his or her driving style.

The ride is supple, although some bumps can be felt. The upcoming new model has the Mustang’s very first independent rear suspension for better ride and handling, but the 2014 GT’s “solid-axle” rear suspension which gives it that true muscle car feeling. Handling is sharp, partly because the GT’s V-8 is set way back in the engine compartment for better weight distribution. Braking is sure, with a progressive pedal action.

The nine-years of S197 production may have been the greatest era in Mustang history. From ’05 to ’14, Ford produced some of the best, most powerful Mustangs ever. Technology took over, starting with 300 horsepower from a three-valve 4.6-liter modular in ’05 and ending up with 420 horsepower from a new, high-tech DOHC “Coyote” 5.0-liter. More amazingly, SVT closed out the era with a 662-horsepower Shelby GT 500 that avoided the gas-guzzler tax by sipping 25 miles-per-gallon on the highway. To the standards today these power numbers don’t seem as big but at the time they were groundbreaking. Even tho the Modern technology of the S550 and the new S650 they are more sports car than muscle. They are so refined that the driving experience isn’t as raw as hopping in a 2014 GT500. 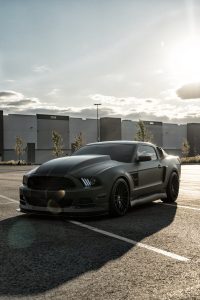 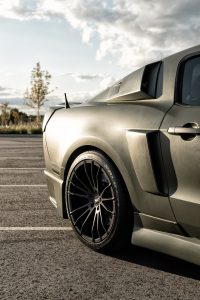 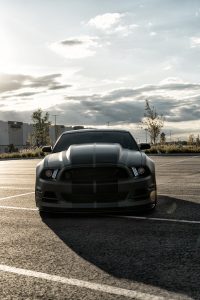 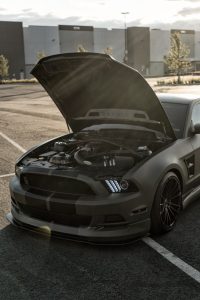 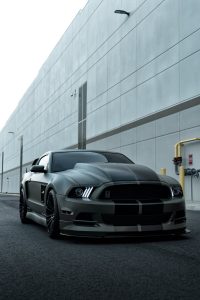 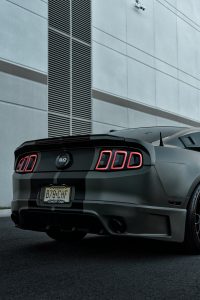 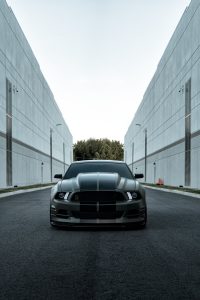